Highlights for day trips in the immediate vicinity of the Bergstrasse

Apart from the Bergstraße with its colourful old towns, vineyards and early spring blossoms, the surrounding area also has a lot to offer. Next door, you can visit the Odenwald with its ancient legends, forests and pretty villages set among meadowed valleys. Along the banks of the Rhine and Main rivers, visitors can discover exciting cities, and along the Neckar river, romantic towns with castles and fortresses galore. Below we have listed a few of the places worth visiting close to the Bergstrasse. 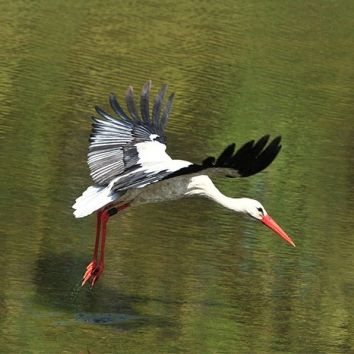 The Kühkopf-Knoblochsaue European bird sanctuary and nature reserve was established in 1829. The straightening of the Rhine gave rise to an almost entirely undeveloped area of 2,440 hectares. Only two bridges lead into this nature reserve, the largest in Hesse, and its education centre. 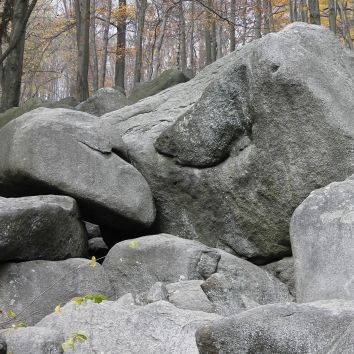 This ‘sea of rocks’, a river of huge dark-grey quartz diorite boulders, starts at the Felsberg above Lautertal-Reichenbach and rolls on down to the bottom of the valley. The Felsenmeer is wreathed in legends and was used as a quarry by the Romans. Today it is a popular destination for hikers and climbers. 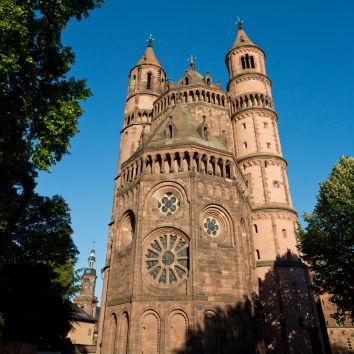 Worms is one of Germany’s oldest cities and is inseparably linked with the Nibelungen saga. The city on the Rhine with its 1,000-year-old cathedral is the backdrop for the annual Nibelungen festival, and bears the marks of Martin Luther’s appearance before the Imperial Diet of Worms and the reformation to this day. 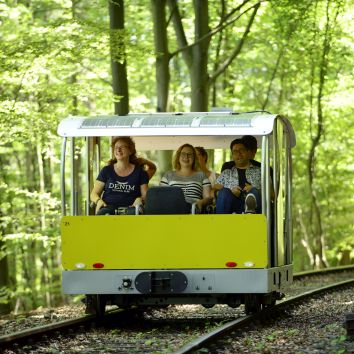 The Solar-powered railway trolley “Solardraisine Überwaldbahn” operates between Mörlenbach and Wald-Michelbach. Guests travel for 10 km along a former railway track in the Odenwald that was abandoned in 1994 and is now listed as a historic monument, passing through two tunnels and over three viaducts. 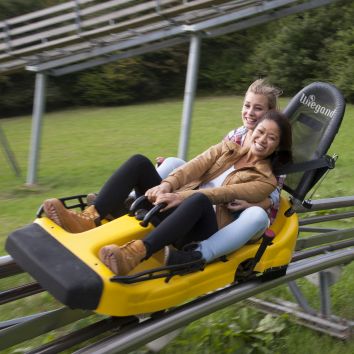 The summer toboggan run “Sommerrodelbahn” near Wald-Michelbach is one of the top tourist attractions in the Odenwald. The toboggans whoosh down the rails at a speed of up to 40 km/h. The run measures 1,000 metres and leads down to the valley at a height of six meters above the ground. 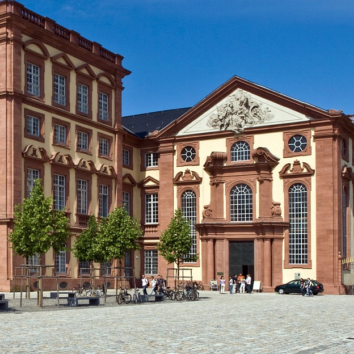 Mannheim is home to one of the world’s largest palace complexes, and was formerly the residence of the Electoral Palatinate. Its Baroque palace is one of the symbols of Mannheim, which is the economic and cultural centre of Europe’s Rhine-Neckar Metropolitan Region. 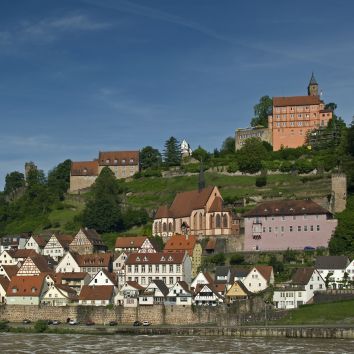 The romantic four is the name given to Neckargemünd, Neckarsteinach, Hirschhorn and Eberbach. These municipalities in the Neckartal-Odenwald Nature Park and the Bergstraße-Odenwald UNESCO Global Geopark are linked up by the Neckarsteig (Neckar Trail) and the river Neckar. 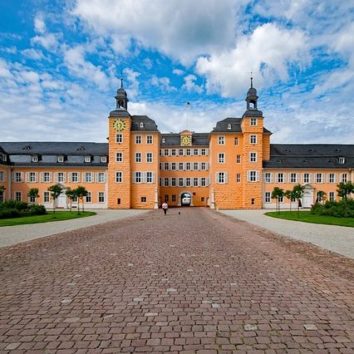 Schwetzingen was first mentioned as “Suezzingen” in the Lorsch Codex in 766, but there are traces of settlements that go back to the Neolithic Age. Schwetzingen is known in particular for its moated castle dating from 1350. 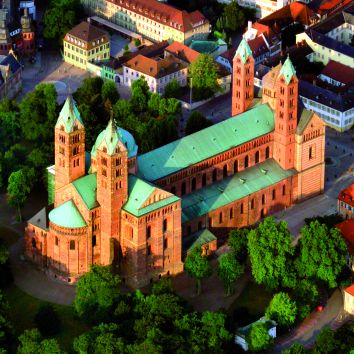 Established as a Roman settlement, Speyer is one of Germany’s oldest cities and was one of the most important cities in the Holy Roman Empire of the German Nation, as a free imperial city. Speyer’s Kaiserdom cathedral has been a UNESCO World Heritage Site since 1981.